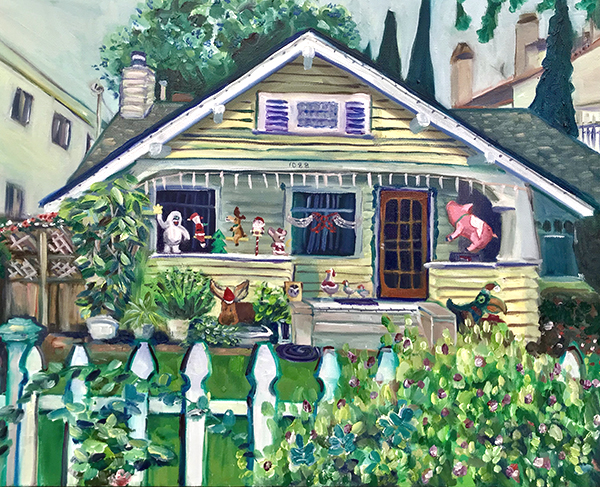 Unlike the large apartment buildings surrounding it, this bungalow was built in the early 1900’s. Around the same time the Santa Monica Pier was being constructed and amusement parks were all the rage. I’ve probably passed this house a million times on my walks and never noticed it, until one day I finally did. That day it was dressed up in holiday decorations that were really fun and festive. I think it was the flying pig on the porch that woke me from my zombie state. I walked by the other day and all the decorations were gone.