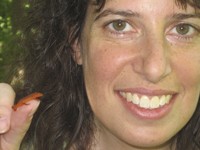 I was born and raised in Allentown Pennsylvania…You know that Billy Joel song,

Yep thats where I’m from.

But Dad was not a blue collar guy working in the Steel Mill so I don’t exactly relate to the song. He was a Psychiatrist, Jewish from Brooklyn. After the factories closed down, the workers went to see him! I went to Moravian College in Bethlehem and could see the Steel Mill from my dorm window. Smog and soot makes nice sunsets.

I studied Painting as an undergrad and then got a MFA in Photography and Related Media at the School of Visual Arts in New York City. In the almost 10 years I lived in New York, I worked for some big publishers, doing Cartography, Info-graphics and Fashion Illustration. I exhibited work in New York and Pennsylvania.

After awhile Wanderlust took over and I moved to Germany. My art career took off. I had an amazing studio in the most famous puppet theater in Germany and frequently collaborated with their puppet museum. I had solo shows of my work in various galleries and museums. I was even interviewed on a popular cultural  T.V. show and it was frequently rerun. People recognized me on the street from the show and would come up and talk to me.

I had a very positive experience with German people but after 4 years I got tired of the rainy cold weather and left for warm and sunny Los Angeles! Although I’ve always thought of myself as a real New Yorker I have now become a California girl.  I am currently showing work at Very Venice Art Gallery in Venice CA. I can be found painting (en plein air) on the Bluffs in Santa Monica or rollerblading in my green lizard getup on the boardwalk.